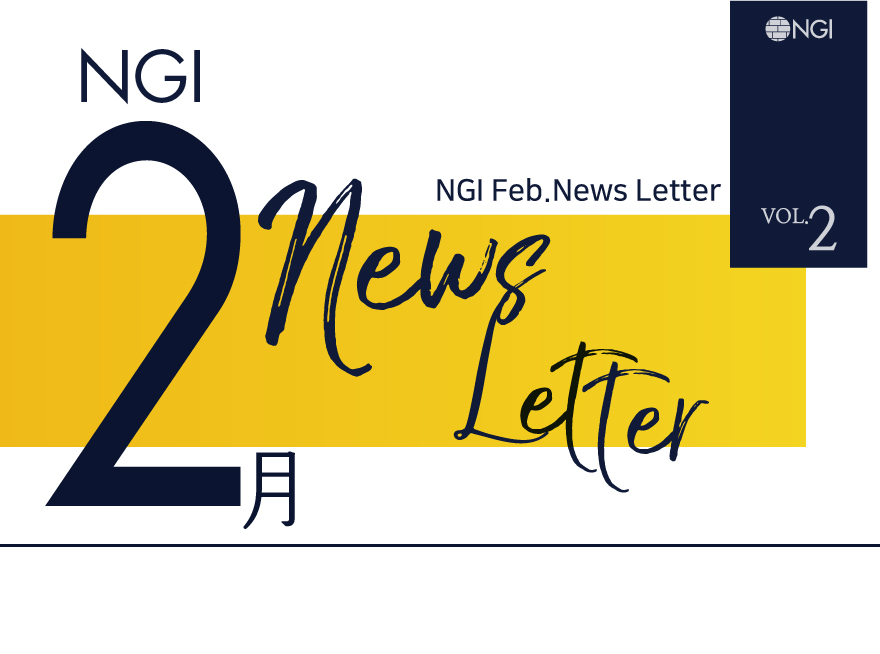 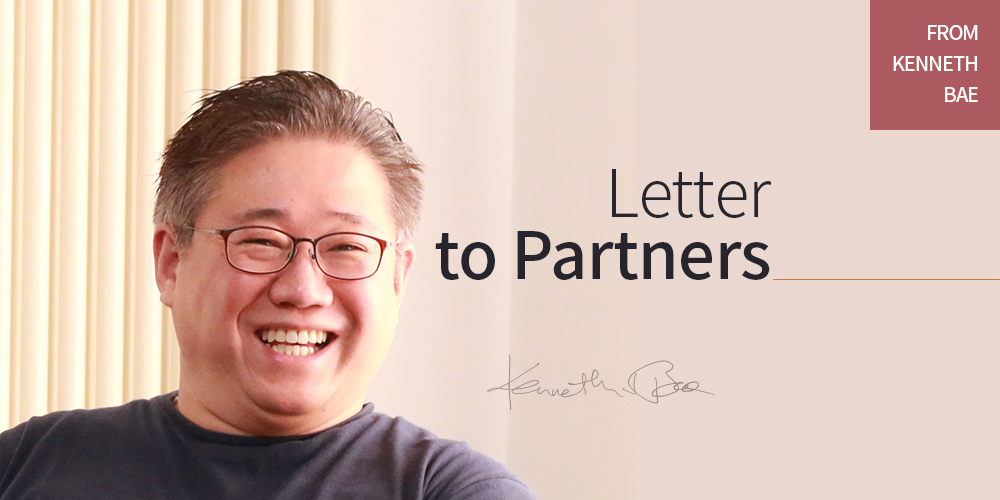 The winter has gone and spring has come. This past winter which was extremely cold, was very difficult for North Koreans.

One day when the temperature reached under 20 Celsius below zero, one mother walked for several hours up to a mountainside. From there she was able to call her son who had settled down in South Korea. Her son, who heard his mother’s heavy breathing, promised to send the necessary financial support requested by his family members. He mentioned that the money was an offering from many people from around the world, including South Koreans who also gave. He shared that God hasn’t forgotten about his family in North Korea, but remembers them and is caring for them. He told her that many people, who love God from all over the world including South Koreans, are now praying for his family. She then added “Ah, that must be why our family is still alive now.” He prayed with his mother to believe in God and told her that she could pray in any hard situations.

As of this year, NGI started to help the families of North Korean refugees in North Korea and the underground Christians directly. For 30,000 KRW per month, one North Korean can be provided food. For about 20,000 KRW, one person is able to receive 20kg of rice for a month to eat, and with 10,000 KRW, they are able to buy subsidiary foods (salt and vegetables). For a family of 4 people, for only 120,000 KRW ($100) one family can be provided with basic needs such as food, clothing and shelter.

We are looking for 1,000 people who will be willing to contribute 1,000 won per day, 30,000 won per month. We believe that for 1,000 KRW per day that one life can be saved, restored and established again. We hope that the values of each life would bloom again by our small donation. Won’t you join us and be part of the ‘miracle of one thousand won.’

Furthermore, we’d like to invite you to ‘Nehemiah North Korea Mission Academy’. The first semester will start on Saturday, March 24th, and run for 12 weeks. You will partake in practical lectures run by those who are actively involved in mission and ministry work with North Korea and North Korean refugees. You will learn about the character of God, worship, missions, spiritual warfare, Gospel and intercessory prayers through the lecturers. It will be a practical preparation course for ministry based on the personal experiences that I went through while I was in North Korea myself. We hope that this will help those who hope to learn more about the ministry work in North Korea. Our hope is that even when reunification happens, that there will be people who will be willing to go into North Korean territory for at least 2 years to live and spread the good news of the Gospel through their lives. We want to see this spread into every section of society, a restoration of strongholds and see lives established again, especially those North Korean refugees who long for reunification. We hope that you also share the same interest and that you would participate with us.

We bless you fellow workers.

Thank you very much. 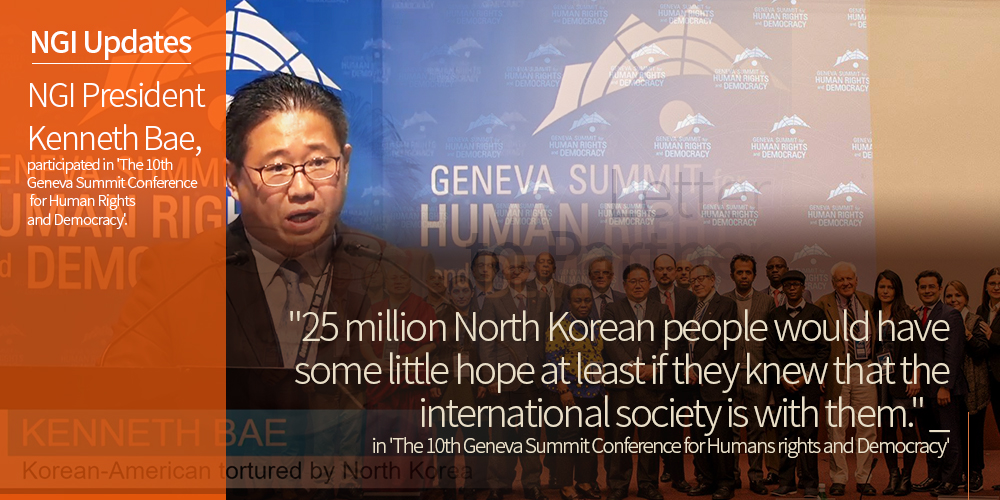 NGI representative Kenneth Bae, participated in 'The 10th Geneva Summit Conference for Humans rights and Democracy' which was hold on 19th in Geneva, Swiss, and raised the voice for Humans Rights in North Korea.

This conference is cosponsored by about 20 international human right groups such as 'UN Watch', and hosted by the UN Headquarters celebrating 70th anniversary of the (Universal) Declaration of Human Rights. After 2009, North Korean refugees from political prisoner camps gave testimonies there about North Korean Human rights,

At this conference, Representative Kenneth Bae who had been detained in North Korea for 2 years since 2013, was invited and could tell about the reality of North Korean human rights. Representative Bae reported that "There is no freedom of belief, expression, voting, traveling, or any freedom of fundamental choice. Even now hundred thousands of people are being suffered in the political prisoner camps and labor camps without any hope." He also said that "25 million North Korean people would have some little hope at least if they knew that the international society is with them."

NGI wants many international civil societies to have more interests and pray for North Korean Human rights through this Summit Conference. We ask you to remember the 25 millions of North Koreans, pray for them and participate in standing together with them. 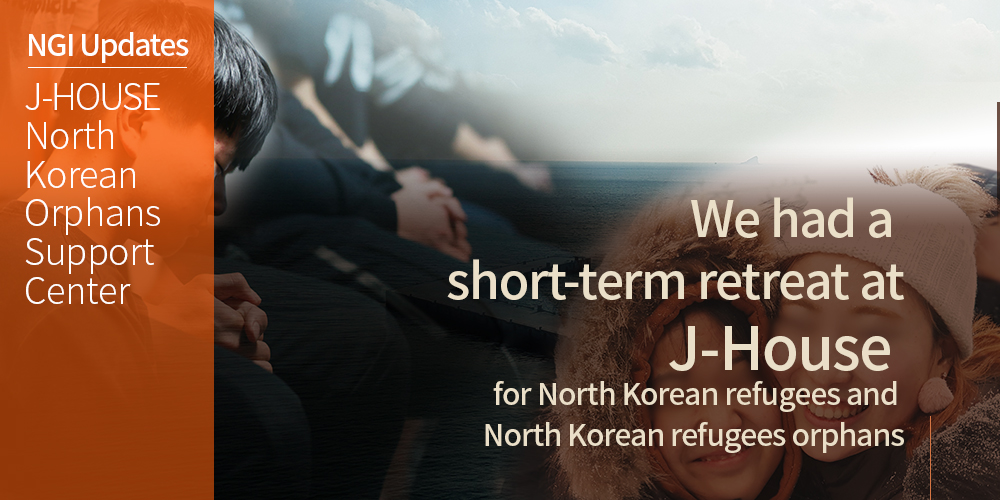 Hello fellow workers. Did you enjoy time with your families during the Lunar New Year holiday?

There are North Korean refugee orphans in China who spent the holiday alone because they don't have families.

NGI held a 7 day retreat from February 5th to 11th with the children at J-House. J-House was built in region B of China this year.

We spent a week with the children from J-House in region A, playing, eating, sleeping, studying the word and praying together.

As we worshipped together, prayed for each other and had a foot-washing ceremony, we felt deeply that the Holy Spirit was working in the children and NGI staff.

There are still tens of thousands of North Korean refugee orphans living in China without proper care.

We ask you to be a sponsor parent of J-House, a Child care center for North Korean refugee orphans, by continuous prayer and support. 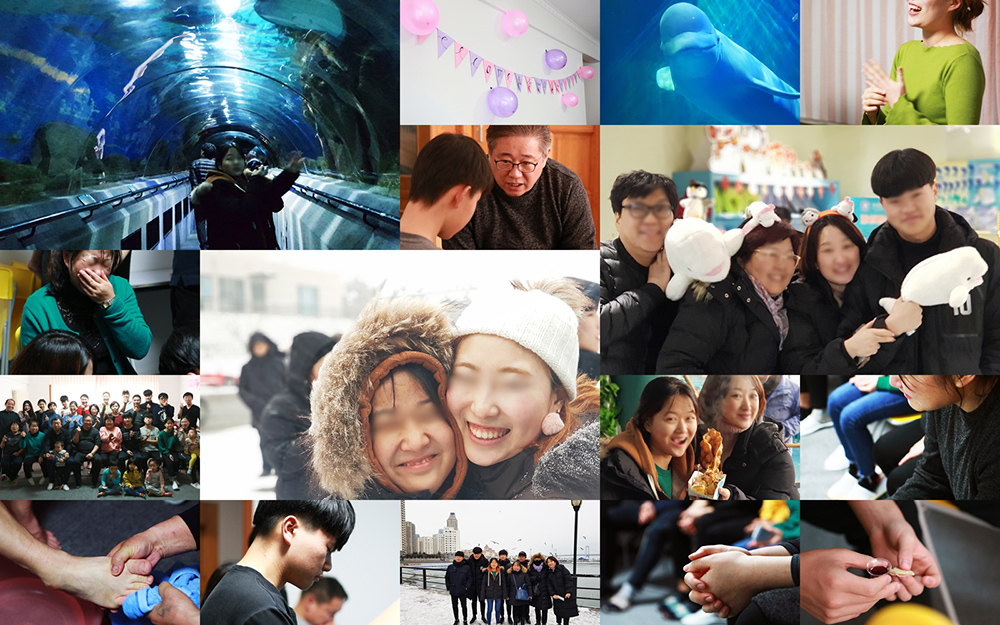 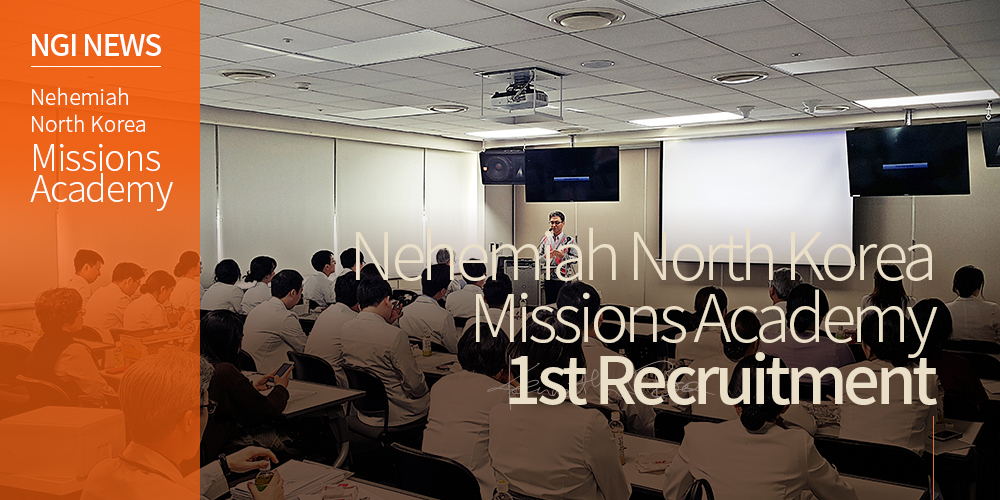 NGI is recruiting for ‘Nehemiah North Korea Missions Academy’ which was established for the purpose of preparing specialists to serve North Koreans and refugees.

Nehemiah North Korea Missions Academy is a program dedicated to training about 300 ‘Nehemiah missionaries’ towards practical efforts in the time of reunification and the aftermath of reconstruction. The program session, a total of 12 weeks, will begin with an opening ceremony on March 24th, and close on June 16th. Lectures will be held every Saturday from 9AM to 2:30PM, at Yangjae Nehemiah Community Center (Go Seoul Place). North and South Koreans, Korean diaspora and students from all around the world can attend the lectures conducted in both Korean and English. The application period is until March 14th and a maximum of 50 people will be admitted. For more information please refer to the details below. We hope many of you with hearts for North Korea will actively participate with us!

Go To The Application Page 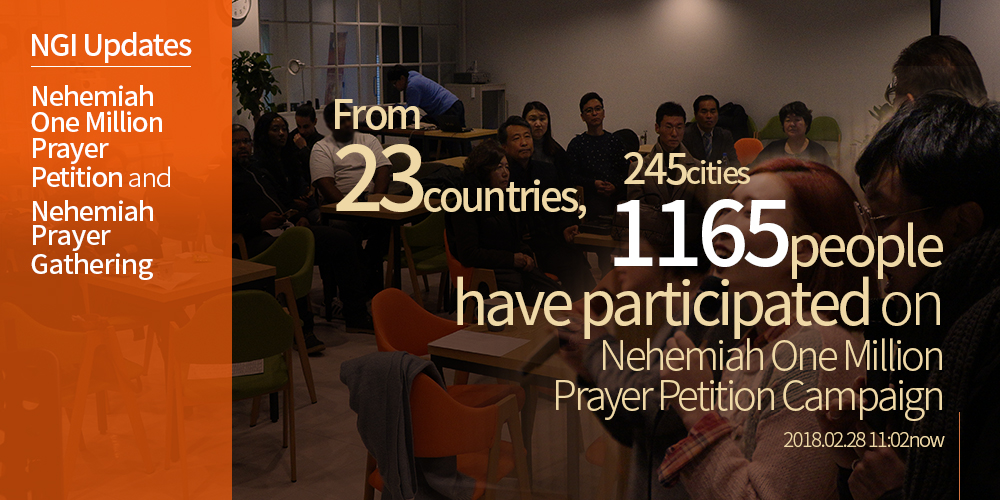 In January, we have reached over 1,000 prayer warriors who participated at <Nehemiah One Million Prayer Petition Campaign>. As of February, over 1,150 warriors from all around the world are praying for North Korea. We cannot fathom the depth of the power in prayers of many brothers and sisters praying with North Korea deep in their hearts.

At <Nehemiah Prayer Gathering>, we continue to pray together for North Korea, every week. We will be waiting for you to join us in prayer, every Tuesday evening at 7:30 PM. We look forward to your involvement! 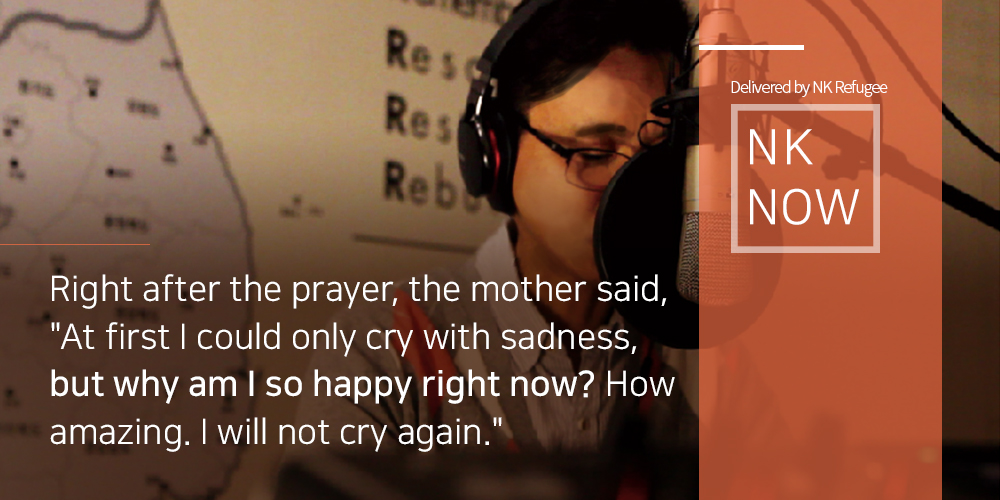 North Korean defectors who came to South Korea always feel sorry for their relatives and friends. They sincerely feel sorry. While living an abundant life in the South, having no worries in what to eat and wear, this feeling can't be left behind. Moreover, to those defectors who met Jesus Christ as their savior especially have an aching hearts toward their families and friends in the North. No words can describe frustrated hearts of not being able to spread the Gospel of Jesus, who is the way, the truth, and the life. The only ways to truly save North Koreans who have no hope in their lives and who are dreadfully living day by day is the Gospel, Jesus Christ.

As the Chinese cellphones secretly entered North Korea, the defectors could spread the gospel to their parents and brothers. Brother Young-gwang Chung, a defector living in Seoul, heard about his father's emergent health issues and prayed to God. He prayed that his father, who lived as a Party Leader for life, would know God and accept Jesus as his Savior. He prayed earnestly that his father would go to heaven instead of hell, and he firmly believed that preaching the gospel was the best love he could give to his parents as a son.

After going through 8 security admissions, and 10 other security check points, Seventy-some-year-old mother from the North came to the village of Kukyeongyeoseon ("국경연선" in Korean) just to give a call to his son. After getting connected to his son, the mother wept endlessly. She delivered a message 'Your father's last wish is to see you again before he dies' and wept again and again. Brother Young-gwang Chung gave a prayer for acceptance to his mother. He prayed and told his mother to hold tightly onto Jesus as a savior and to have a hope in midst of hardships. Right after the prayer, the mother said, "At first I could only cry with sadness, but why am I so happy right now? How amazing. I will not cry again."

"Amen!" As soon as he finished the prayer, the feeling of guilt and regret disappeared. Some aching heart that was clinging to his heart was completely released and a sudden joy overflowed in his heart. When delivering medical expenses for his father, brother Chung said that South Korean believers donated this money. He also told his mother that the believers in South Korea, United States, and countries all over the world are praying for the North. "That's why we've been able to live so far!” the mother exclaimed. Through brother Chung's mother's confessions, he could confirm the truth that the 25 million souls in North Korea are never forgotten and that God is remembering and saving them. Hallelujah!