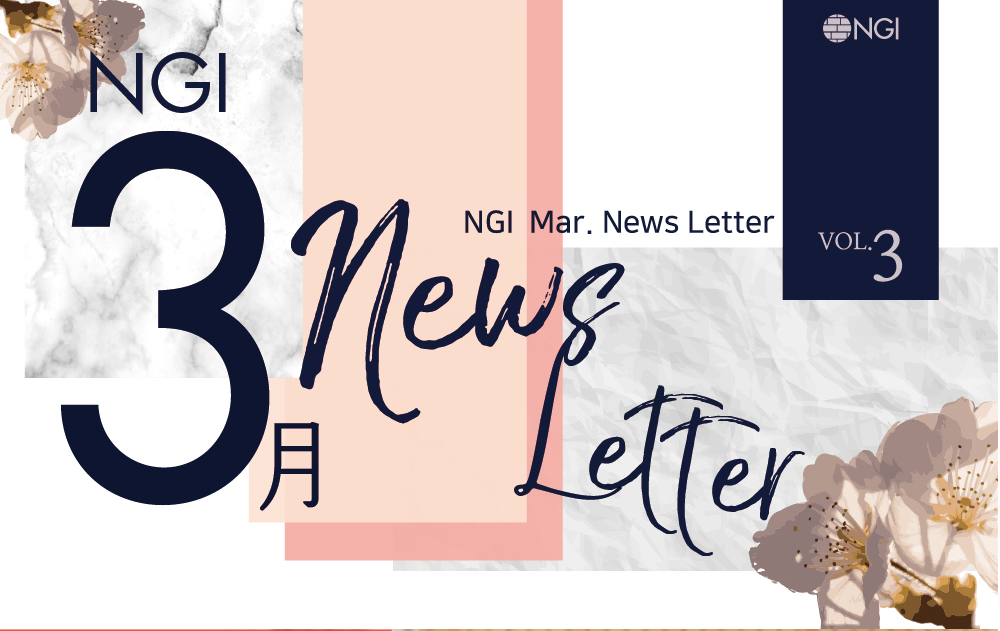 To Our Supporters, from Kenneth Bae 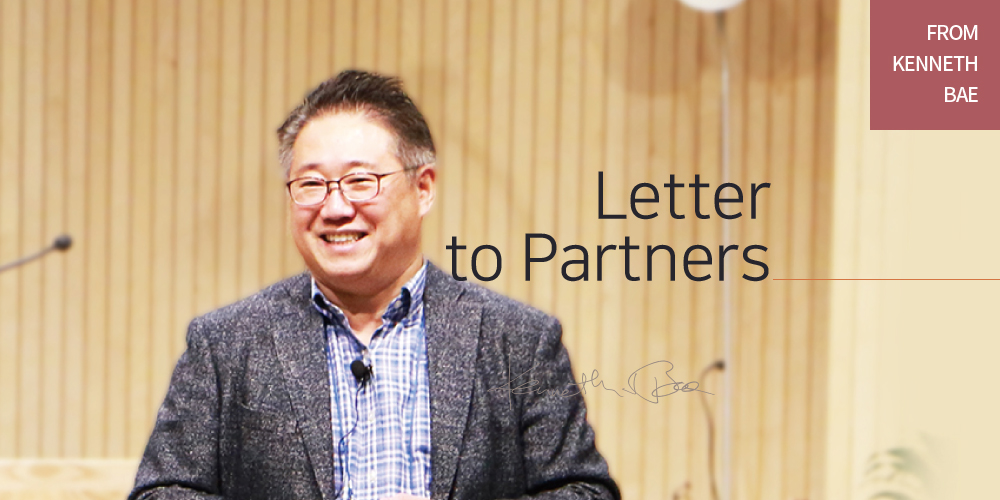 Comfort, comfort my people, says your God. 2 Speak tenderly to Jerusalem, and cry to her that her warfare is ended, that her iniquity is pardoned, that she has received from the Lord's hand double for all her sins. (Isaiah 40:1-2)

The people of Israel heard the Word, received it, were grieved by their sins and repented. This was the restoration of Israel.

God heard Nehemiah when he fervently cried out in prayer and responded by raising up a new generation that was the restoration of Israel. The bible is saying here that Israel’s warfare is ended, her iniquity is pardoned, and that Jerusalem is restored anew.

2018 marks the 70th year of the separation of North and South Korea. When I was detained in the North Korean prison camp the Lord spoke to me that 2018 would be a year of breakthrough in opening the door to North Korea.

My dear partners,
Now we must proclaim that the land of North Korea, whose capital, Pyongyang, was once called the Jerusalem of the East, has an end to her warfare, that her iniquity is pardoned. In the same way Nehemiah’s prayer moved the hand of God to restore the Israelites and rally them to rebuild, we must gather together, crying out in prayers that reach God’s heart and bring about the restoration and rebuilding of North Korea.

NGI has begun the Nehemiah One Million Prayer Petition  (pray4nk.org). Within the first 3 months 1,500 prayer warriors from 20 nations around the world were raised up to join the prayer movement. NGI is also engaging in rescuing North Korean defectors, helping them to resettle in South Korea, and discipling them towards spiritual restoration. In addition we are caring for refugee children and orphans, and by God’s grace raising them to be warriors for Jesus Christ. This past March we especially opened the first stage of Nehemiah North Korean Missions Academy with the purpose of training dedicated ministers and missionaries for spreading the gospel in North Korea.

All these ministries would be a challenge without the interest, prayers and financial support of many partners.

We invite you to join us in our efforts. Your devotion will bring miracles and move the hand of God.

God bless you and thank you. 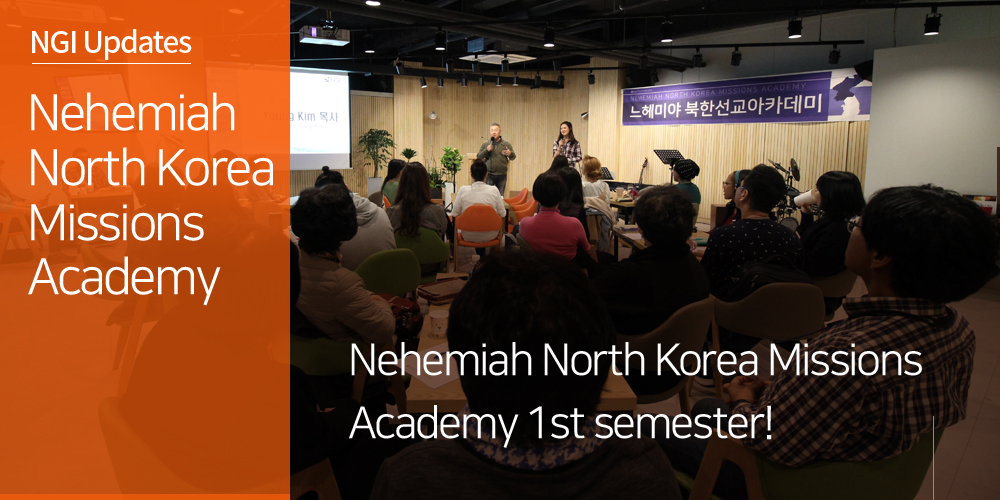 The 1st Nehemiah North Korea Missions Academy has begun now.
NGI started 'Nehemiah North Korea Missions Academy' to serve North Koreans and to foster professional ministers.
At our first class on March 24th, more than 40 students participated, including 10 North Korean refugees and students from North America and Brazil, who all added special meaning to the following mission phrase: 'North Korea missions being prepared by all Nations together.'
The first class was filled with a fire of worship and prayer, and Missionary Kenneth Bae gave a first lecture. With the title 'Calling', he shared his stories from his youth when the Lord called him to be a 'pastor' to now where he stands as NGI representative.
Afterwards, we had an opportunity to listen to North Korean refugees sharing their testimonies.
As our special guest, one North Korean refugee who was rescued by NGI, participated and shared his dramatic escape journey from the North to South Korea vividly, touching many of the attendees' hearts.
North Korean refugee Kim Mi-gyung (alias, Female, 32) said, "I believe I'm called to be a missionary for the reunification, who happened to be at South Korea just a little bit earlier than other people from my hometown. North Korean refugees should be at the forefront of this mission," and also told that "At the end of the Academy class, when other North Korean refugees shared their own stories, it was meaningful for me to also be part of the session and share what I had seen and experienced in the North."

Nehemiah North Korea Missions Academy is a program with a mission to foster 300 'Nehemiah Missionaries' who will be part of reconstructing North Korea after the reunification. The class will run until June 9th, for 12 weeks in total, every Saturday from 9am to 3pm at Nehemiah Community Center (Go Seoul Place) in Yangjae. The class is conducted both in Korean and English for students all over the world to participate.

Through this Nehemiah North Korea Missions Academy, we hope and pray God prepares and raises His warriors. 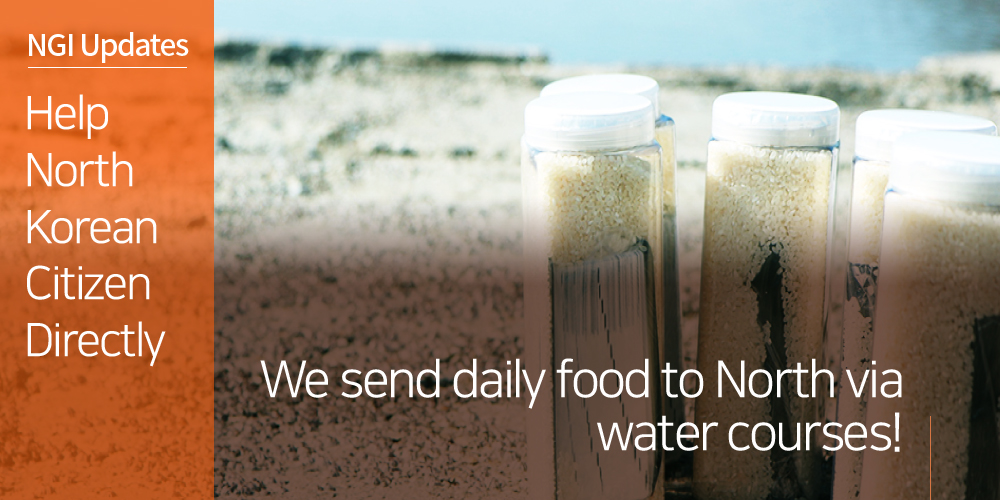 The sea current head to the north side twice a month.
in the early of March, NGI team left early for the west sea to catch the moment.
400 of plastic water bottles had been ready for being sent out in river.

Our team, NGI, are sending bibles and rice to North Korea by using the current of river as a part of one of our ministries, 'Help North Korean Citizens Directly'
Each bottle contains rice in amount of providing 9 meals, Mini bible in palm sized, US one dollar bill and a hand written letter. we sending the rice, hoping even with the small amount of rice it could help the people who suffer from food shortage and also bible as their spiritual food.
The US dollars are being used secretly in a market place, North Korea. People could purchase 1.5 kg of rice in the market with one Us dollar. 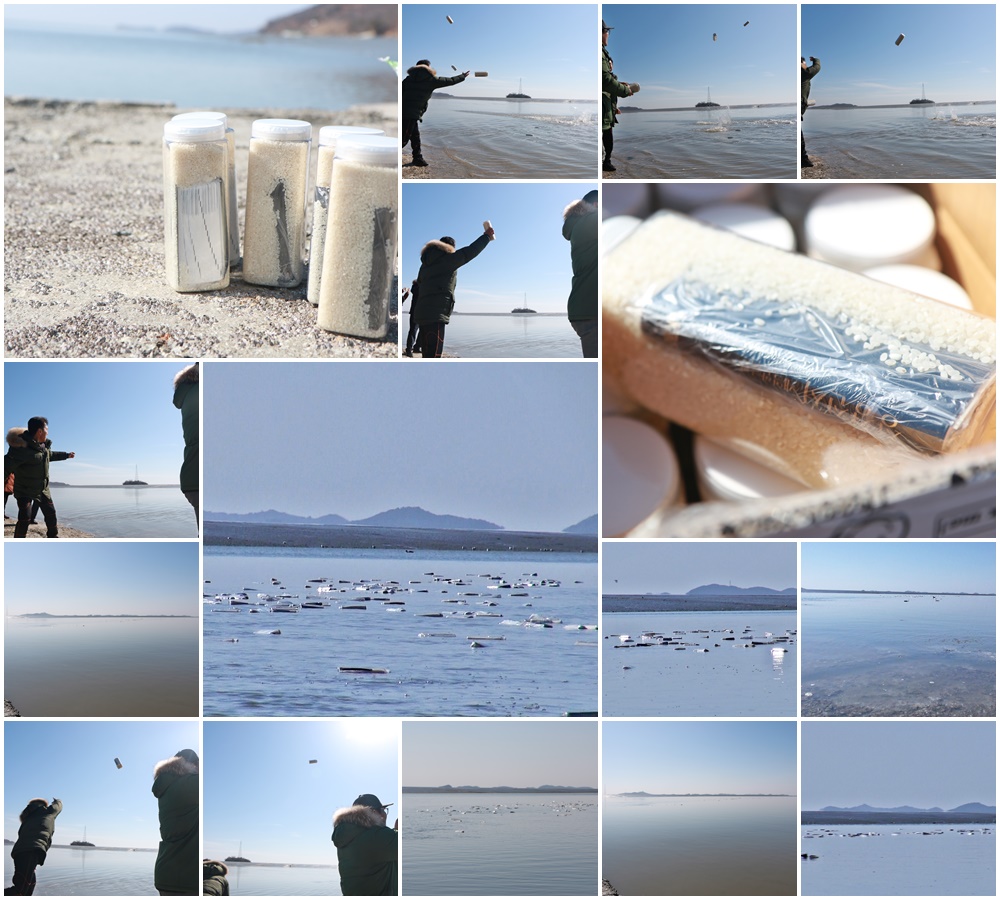 SungHwan, Kim, (Man, 49years old), one of the helpers of this project, prayed to God " These bottles would be reached to North Koreans hands, who are your own children, and whosever soul received one of these revived physically and spiritually.

Please pray with us for these bottles, we are sending with a hope of unification, would reach to the peoples hands safely. 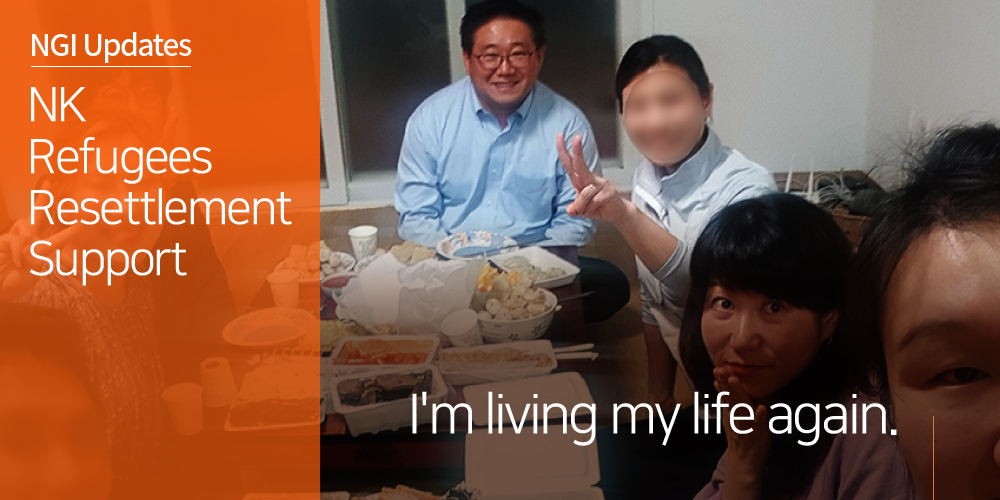 This past March a refugee woman visited us at NGI. Sister Ahyoung Kim (alias, woman, 30yrs) came to NGI just a few days after leaving Hanawon, the Resettlement and Support Center for North Korean Refugees. After living in China for about 10 years, during which she never heard about Jesus, Ahyoung made the decision to head for South Korea. On the way through Thailand she was suddenly forced to pause her journey. It was because the other defectors in the group she was moving with chose to stay in a shelter for three months and study the bible before moving on. Ahyoung was afraid to continue the journey alone and so followed the group to the shelter and joined the bible study. While in the shelter, where she had no choice but to study the bible every day, she accepted Jesus as her Savior. When she later finally arrived in South Korea she was filled with joy and thanksgiving.
One day Ahyoung invited NGI into her home; a place where home-cooked North Korea food is always overflowing. That day NGI ate a delicious dinner made with love, fellowshipped and shared our faith. Words cannot describe how great of a blessing it was to meet another precious sister in Christ.
Ahyoung refers to her life here in South Korea as ‘reliving a new life’. She confesses that the three months spent in Thailand where she met Jesus were “the best thing that ever happened” to her. We ask all our partners to cheer on and pray for Ahyoung that her life would bring God glory, and that His purposes for her life would be fulfilled. 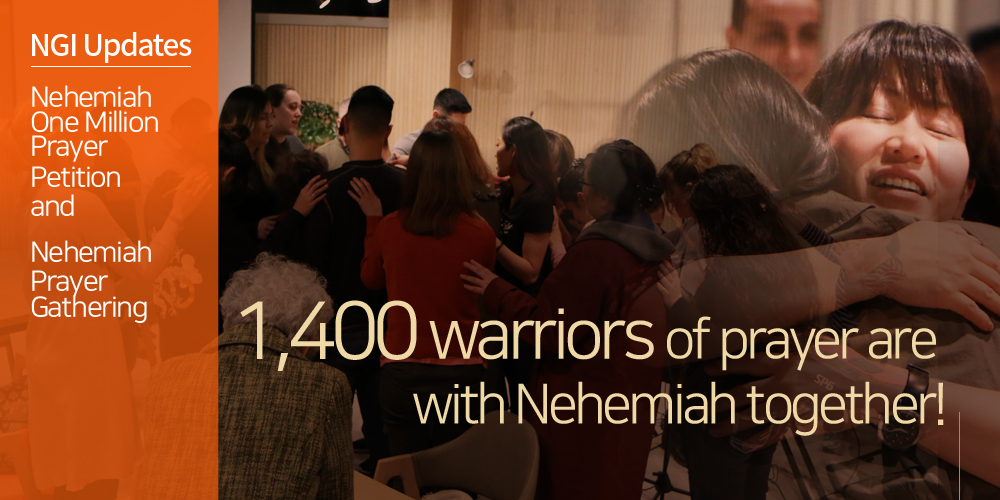 1,400 warriors of prayer are with Nehemiah together!

As of March, more than 1,400 warriors of prayer have signed at <Nehemiah One Million Petition Campaign> to pray for North Koreans .
It is beyond our expectation how much every one of you helps us from all over the world as reliable warrior of prayer of Nehemiah, praying for North Korea in each of your place.
Even we pray for North Korea every week at <Nehemiah Prayer Gathering>. We are waiting for you fellow workers on Tuesdays at 7:30pm. We look forward for your attendance. 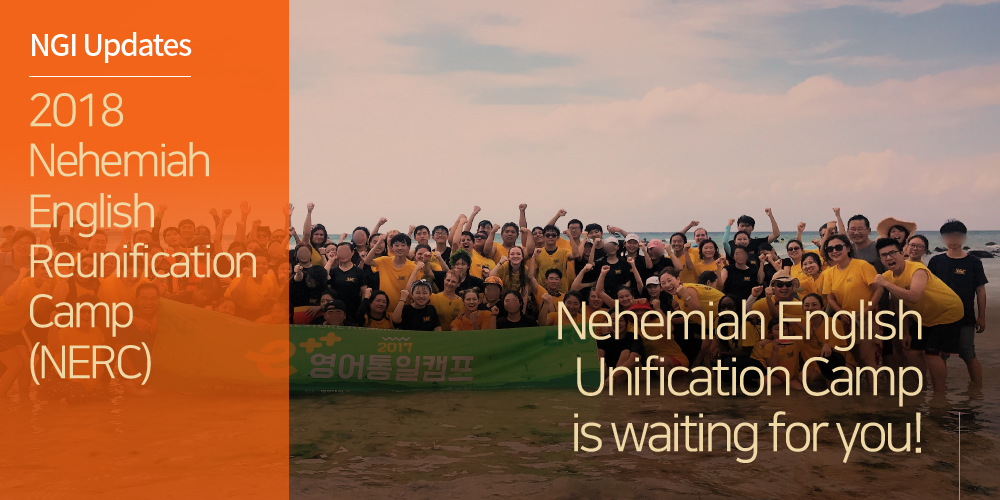 Nehemiah English Unification Camp 2018 is waiting for you!

The camp will be held from 29th July to 4th August, at Nations University in JeJu, 2018.
We hope all attandants from, South, North korea and different countries, will experience spiritual restorations in worship and experience a mini unification with connecting to each other.
Many exciting and fun programs will be ready for you, which allow you be exposed easily to and learn english with volunteers from USA, Canada, Hongkong, etc, with quiz, creative activities, theater, sports.
They will be some time like last year, you could look around and enjoy the beautiful places and natures in JeJu while you are with us during the camp.
We will update more information about it in April through the NGI website and Facebook. Please remember the camp in your prayers, we hope we can see you in JeJu, 29th of July, 2018! 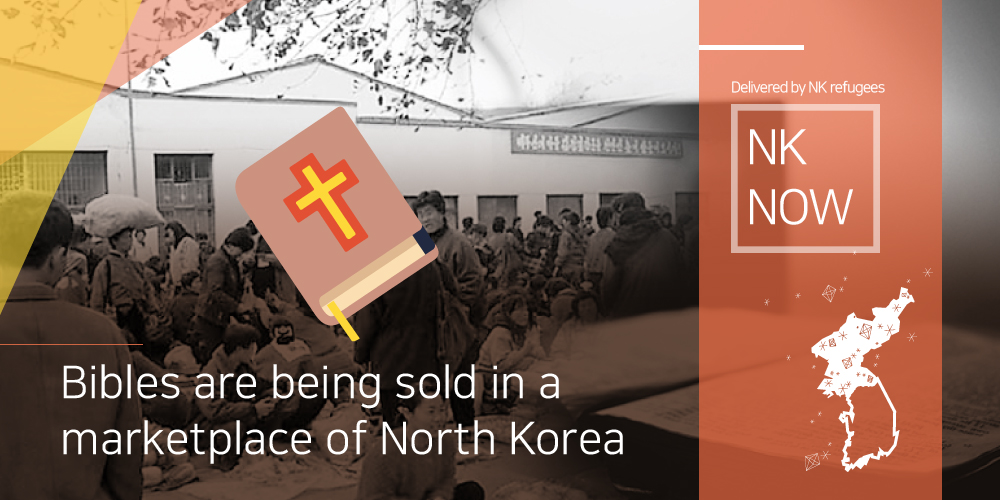 Bibles are being sold in a marketplace of North Korea

Bibles have been sold secretly in a marketplace on North Korean border.
They are small sized so you can hide it easily when you hold it on your palm.
it is small printed bible which you are able to read it only with glasses and it costs 100 in chiness Yuan. 100 Yuan is around 120,000 won in korea. it is a big amount of money for North Koreans can purchase 24 kg of rice with. They can have enough food for a month of living with them.

This miraculous work is happening right now in North Korea, which we couldn't ever imagine it would happen even few years before. when I made calls to my Family and relatives to share the Gospel to them, they had been so scared and afraid of the government might catch and hear the conversations. The reason they were so afraid of was when the government discovered they heard the Gospel from North korean defectors working as ministers in south korea, they were put into death or into prison camps.

Holy Spirit is moving and working among them. They are having opportunities getting bible who have lived in darkness without light, hope from Jesus.
The numbers of people who want bible has been increasing. Bibles have been delivered to the people in North Korea even in a situation the government close the border, the path of Amulok river, Tuman river. The bibles are being delivered through the china border, the ways of the sea and sky.

We pray for the more bibles be delivered in people's hands in North Korea so their lives will be free in knowing Jesus is the way, the truth and the life.